See our progress at: https://rspo.org/members/5815

To all SCS Global Services team, thank you for being respectful and patient with us throughout the stressful process of completion and obtention of our certificate. We really appreciate your empathy, humility, and your commitment to Goldtree Holdings. You are always welcome.

SCS’ professionalism, global experience, and expertise with stakeholder communications was evident in our audit. Having an African representative on-the-ground was essential for our success, and it distinguishes SCS from others. We really enjoyed working with their team.

A special thanks to Adriana Cala for her professionalism, expertise, and the approach used during the certification audit to explain the Gap and the auditors’ expectations vis-a-vis the supply chain certification. This approach has gone a long way to expand our view on our supply chain system which was helpful to improve our system.

With over 30 years of experience in sustainability certifications, SCS Global Services is dedicated to quality and service, with expert palm oil auditors worldwide. Accredited to P&C and Supply Chain (SCCS), our knowledgeable staff prioritizes responsive, helpful customer service and ensures audits are thorough to reduce risk for organizations seeking certification. Ready to apply? Fill out an application for P&C in English, Spanish, or French, or for the P&C Independent Smallholder Standard here.

Become a Member of RSPO Ensure that you have RSPO membership. To apply, visit http://www.rspo.org/members/apply.

Apply for Certification Complete and submit the SCS Application form. SCS will prepare a proposal for your approval with suggested scope of work, timeline, and quote. If the proposal meets your needs, you sign a Work Order and the audit is scheduled.

Written Procedures Create company procedures that demonstrate how sustainable palm oil will be produced and tracked throughout your operation. SCS provides guidance to help explain the Principles & Criteria (P&C) requirements.

Pre-Audit Assessment (Optional) An SCS auditor will review your procedures for thoroughness and conformance. The auditor identifies areas for improvement in the procedures prior to the audit.

Public Announcement Stakeholders can learn about upcoming audits on RSPO’s Principles and Criteria Assessment Public Announcement webpage. Per RSPO requirements, SCS sends the RSPO Secretariat a copy of the announcement at least five days before the scheduled public announcement (i.e., one month and five days) for posting. The announcement, available in official national languages, includes details on the entity(ies) to be audited, their location(s), the dates of audit, contact details for both the company and SCS and instructions for providing comments to SCS.

On-site Audit During a site visit, an SCS auditor will review the P&C procedures and documents (from receipt of inputs to the final sale). Additionally, the auditor will tour the operations and plantations where certified material is handled and interview key staff. Stakeholder consultation is an integral part of the assessments. We look for evidence that staff has been duly trained in the P&C responsibilities that have been assigned to them and that staff possess an understanding of the workflow for certified products.

Assessment Report Based on audit findings, SCS produces an audit report, which is submitted to an SCS Technical Associate who validates the appropriateness of the auditor's methodology and conclusions.

Certification Decision SCS head office makes a certification decision. If granted, you will be issued a certificate valid for a five-year period. Any conditional Major Corrective Action Requests (CARs) identified in the audit must be closed prior to obtaining certification.

Maintain Certification Annual surveillance audits are required to maintain P&C certification. Certified companies are listed on the official RSPO Certified Growers database and are given an RSPO trademark for usage in conformance with the trademark requirements.

How long is my RSPO certificate valid? A RSPO Certificate is valid for five years. Annual surveillance audits are required to maintain your certificate.

What are the costs and fees associated with RSPO certification? Prices for SCS auditing services varies depending on the location, size and complexity of your operation. Please contact us for a custom quote and to determine if certification is right for you.

What is the difference between RSPO Principles & Criteria (P&C) and RSPO Supply Chain Certification System (SCCS)? RSPO P&C is for oil palm growers and palm oil mills that want to demonstrate their commitment sustainable production, and RSPO SCCS is for downstream processors and traders that want to assure consumers and buyers of palm oil products that their palm oil is sustainable and more environmentally friendly. Learn more about RSPO SCCS certification here.

What other certifications does SCS offer in addition to RSPO? SCS is a sustainability focused company, providing services in every industry for meeting your organization’s sustainability and circular economy goals such as International Sustainably and Carbon Certification (ISCC) for biofuels, Roundtable on Sustainable Biomaterials (RSB), Bonsucro Certification for sugarcane, Zero Waste Certification, and a multitude of Greenhouse Gas Verification, measurement, and management services. Ask us for more information.

SCS’s RSPO P&C Program actively works in 10 countries. We have local offices in Ghana, Brazil, Mexico, and Indonesia, and we employ local auditors that work in and understand the local context. 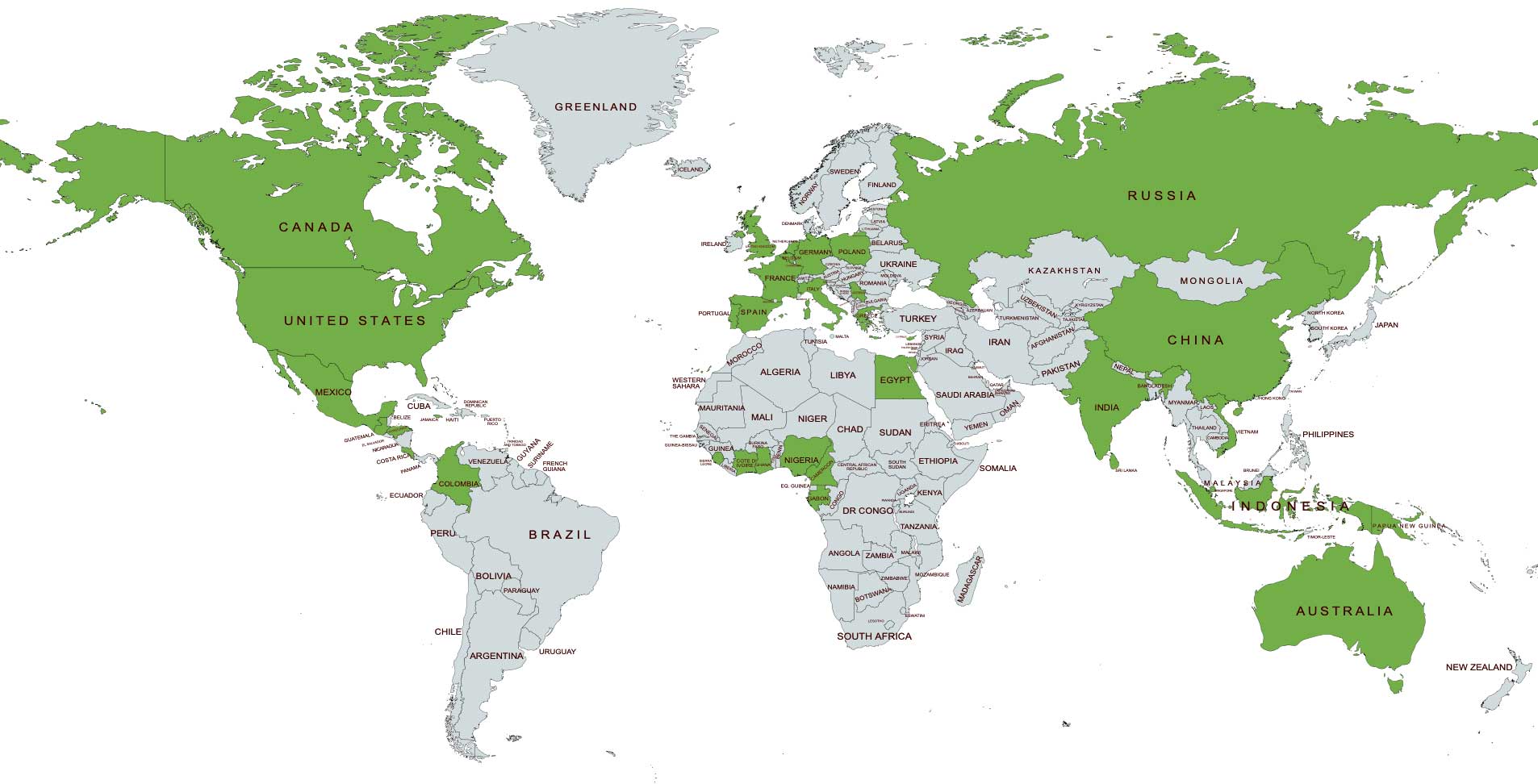 All companies currently certified according to the requirements of the RSPO Principles and Criteria Certification Standard (RSPO P&C) can be found using RSPO P&C Certificate Holder database.

Who is a Stakeholder?

An individual or group with a legitimate and/or demonstrable interest in, or who is directly affected by, the activities of the unit of certification (e.g. palm oil plantation being audited) and the consequences of those activities. SCS weighs the comments received from stakeholders outside the local region of operations differently from those stakeholders located directly adjacent to, or nearby the operational area.  We will sometimes refer to the latter as directly affected stakeholders. SCS will generally place greater weight on their comments, than those received from groups based internationally, or nationally but in a city outside the zone of influence of the operations.

We would like to take this opportunity to clarify SCS’ role in the Roundtable on Sustainable Palm Oil (RSPO) Principles and Criteria (P&C) Certification process. In so doing, we also aim to identify how stakeholders and civil society groups can best constructively engage in and be informed of the RSPO Principles and Criteria Certification process.

SCS is a Neutral Third Party, Honest Broker of Information

SCS is a certification body, an independent entity that operates under the guidelines set by the standard owners and according to set protocols for how our work is to be conducted.  In the case of RSPO, Certification Bodies are guided principally by ISO/IEC 17021-1 Requirements for Bodies Providing Audit and Certification of Management Systems and the RSPO Systems Document, which together, provide the framework for how we conduct our work. SCS’ scope of work is limited to assessing the unit of certification’s compliance with the RSPO Principles and Criteria. The assessment (a.k.a. audit) covers legal, environmental, economic, workers’ health and safety, and social aspects as required by the RSPO Principles & Criteria.

SCS recognizes that some stakeholders may feel that RSPO standards are insufficient to fully address and remediate the environmental and social issues of the palm oil industry. As a neutral third party and honest broker of information, it is not the role of SCS to hold a position on the standard or advocate for changes to it, except for asking for interpretations when requirements are not clear. The RSPO’s theory of change is that once a company engages in the certification process, it will necessarily drive continuous improvement within the company, due to increased oversight and by the standard itself gradually raising the bar of sustainability for those companies that participate in it.  SCS subscribes to this belief.

Our role is to assess the client’s palm plantation/mill operations against the RSPO Principles and Criteria, which sets the requirements for obtaining certification. We assess palm plantations with on-site visits, perform interviews with the appropriate people, seek out stakeholder input, write reports on findings, issue corrective actions when necessary, and assess findings under the requirements of the standard to determine certification.

Stakeholders are a Critical Part of Auditing

SCS relies upon and appreciates information provided to us by the NGO and Civil Society community. Stakeholders are invited to provide comments on the social and environmental impacts of the unit of certification via email, WhatsApp, phone, or in-person meetings. If you wish your comments to be treated confidentiality or remain anonymous, please indicate this to SCS. Generally, comments received within 30 days from the date of notification are considered during the certification audit.

The most useful audit evidence, in most cases, is information that is specific (e.g., first-hand account of an incident including location and date) and verifiable (e.g. corroborated by documentation, photos, additional parties). Allegations of RSPO standards violations that rely on anecdotal evidence without documentary evidence is generally less helpful to establish non-compliance to the standard.  While all interested parties are invited to submit comments, especially to those with a history of working in the region, we weight the comments of directly affected stakeholders (i.e., those based locally in the area of the operational site) more heavily than those who are indirectly affected.

Stakeholders can learn about upcoming audits on RSPO’s Principles and Criteria Assessment Public Announcement webpage. Per RSPO requirements, SCS sends the RSPO Secretariat a copy of the announcement at least five days before the scheduled public announcement (i.e., one month and five days) for posting. The announcement, available in official national languages, includes details on the entity(ies) to be audited, their location(s), the dates of audit, contact details for both the company and SCS and instructions for providing comments to SCS.

When SCS identifies operations with greater complexity, we have also taken additional measures to support stakeholder consultation, including placing advertisements in local media (e.g., newspaper, radio), posting bulletins in local community centers, and spending additional time during community stakeholder meetings to build trust with community members. SCS recognizes the importance for all stakeholders to have sufficient time to provide comments and makes considerable efforts to ensure that is the case. If there are additional comments that were missed during an audit, we welcome stakeholders to submit them outside of a formal meeting directly to our auditors via WhatsApp or by email to SCS headquarters.

While SCS makes every effort to visit with and hear from as many stakeholders as possible, it is not always possible to visit with all communities and groups during every audit.  Nevertheless, SCS seeks to ensure that as much as possible, representative groups are consulted (i.e., chiefs, elders, opinion leaders, women groups, and youth leaders). In particular, people who can speak to relevant issues based on direct knowledge and experience with the issues are targeted for consultation.

Any complaints are thoroughly documented, and any concerns raised are thoroughly investigated during the audit. If there is any specific and verifiable evidence related to groups or persons that SCS did not interview, we welcome that information so we can look into it during the next surveillance audit.

We are committed to an engaged and positive relationship with the NGO and Civil Society community but cannot commit to always informing all stakeholders when RSPO certification decisions are taken due to resource limitations.

Need more information? Fill the form and one of our representatives will get back to you shortly.